Among those the DePaul community mourned in the days following 9/11 was Wheaton native Todd Beamer (below, right), who had graduated with an MBA from DePaul.

He was one of the 40 passengers who died on the hijacked United 93, which crashed in a field outside of Pittsburgh.

According to the Pittsburgh Post-Gazette, Beamer was one of the passengers who tried to regain control of the plane. Some of his last words, “Are you guys ready? Let's roll," became a battle cry used by soldiers in Afghanistan.

David Beamer, Todd’s father, was in Palo Alto, Calif., when news broke of the attacks. He spent the morning in a job meeting. Later that afternoon, he received devastating news about his son from his daughter-in-law, Lisa Beamer.

“I didn’t know [Todd] was on the flight until Lisa called my wife and informed her that that’s what had happen,” Beamer said.

“Although in my head I knew the news must be true, it was really hard to imagine because I frankly thought that Todd and Lisa were in Italy. Todd had earned this salesman incentive for a work trip, all expenses paid to Italy for him and Lisa. I thought they weren’t coming back to the United States until later that week, so I didn’t even know that he was in the country.”

For the Beamer family, Todd is gone forever and his death, although heroic, has left an empty hole for which closure will never come, his father said. 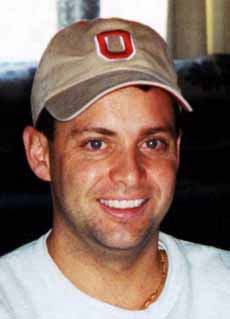 “Todd was a great guy,” David said. “He was a fellow that cared about others, a good listener, an excellent athlete and a handsome fellow.  He was fun to be around, he was a great son, brother, husband, father, and provider. He was a very successful business guy, he worked for Oracle Corporation, he was an outstanding salesman, and we really miss him a lot.”

David Beamer said 9/11 was his wakeup call.  He said that he, like many Americans, he was naively unaware and unconcerned with America's vulnerability to terrorism prior to 9/11.  But, with every battle and war that has ensued since 9/11, it is a reminder that Todd and many Americans gave their all to protect the nation.

“I grieve each time I hear that a member of our military has paid the ultimate price in this war” he said.

Ten years later, Beamer is more aware and focused on world matters. He has appeared on national talk shows and in PSAs about 9/11. However, he feels that many people still struggle to understand and believe that there are people in the world, whose objective is to deny lifelong liberties, freedoms and opportunities afforded to Americans.

The 10th anniversary of 9/11 will fall on a Sunday and David Beamer and his wife, Peggy, will spend this milestone in church sharing their story with a group of churches who have invited them to speak in St. Charles Missouri at The Family Arena: Harvester Christian.

On Sept. 3, Beamer will be the keynote speaker at the Roane County Homecoming Celebration: Tribute to the American Spirit, in Spencer, W. Va.

Beamer said his message to Americans is to remain diligent against all threats, to use every opportunity to take an example from Todd’s last spoken words and to remember that what matters is “how we conduct ourselves or what we do to aid and support others.”

“How to react in a crisis of course is an unusual situation, but we all have all kinds of choices to make each day as we are wondering around the planet,” Beamer said.

“I encourage everyone when they happen to think about that phrase, “Let’s Roll,” to remember that it was a call to action to do the right thing in that horrible situation. But, I would ask people when they think about those two words, “Let’s Roll,” that each of us make that the call to action to again do the right thing, whatever the circumstance -- be it great or small, challenging or just an opportunity to encourage someone.”  -- Rima Thompson