By Jonah Nink and Devin Kapusta |

Despite county-wide shutdowns due to the COVID-19 pandemic, the volume of 911 calls received in Cook County in 2020 increased by 8 percent from 2019, according to data from the Cook County Emergency Telephone Systems Board.

March of 2021 saw a record breaking number of 911 calls. In only that month, 14,809 calls were placed to dispatchers in Cook County, a nearly 32 percent increase from the previous year.

Griffin has served as a 911 dispatcher with the Chicago Office of Emergency Management and Communications since 1995. She says emergency response operations in the city have not radically changed since the pandemic began.

Despite the increase in total murders, ABC 7 Chicago reported the total violent crimes reported in the city within the same period decreased slightly by 1.4 percent from 2019. Total property crimes reported, such as burglary and larceny saw a more substantial 23 percent change from 2019.

This decrease in crimes reported did not go unnoticed by 911 dispatchers.

“When the pandemic first started, we [saw] an uptick of calls from people that were concerned thinking they may have COVID-19,” said Chicago Fire Department Deputy District Chief Curtis Hudson.

“Our call volume actually decreased because people didn’t want to take a chance to go to the hospital because they’re thinking they can get COVID-19 at the hospital. But as time went on and people started getting sick, we did have another uptick in calls.”

Keeping both firefighters and civilians safe from infection pressured the Chicago Fire Department to evaluate their approach.

“What changed in our responses was how we responded,” Hudson said. “We had to wear more protective gear. Being on the calls may take a little longer than normal because of all the precautions we had to take, as well as the way we were treating patients.”

Dispatchers working with the Chicago Fire Department were instructed to ask callers questions that would help determine whether or not a situation was COVID-19 related, preparing the first responders to take proper precautions.

“But everytime someone dialed 911 we sent someone there,” Hudson said. “There was no turning away calls.”

“Really the hands on is what suffered, especially during the time frame where everything was shut down,” Hudson said. “Doing the different drills, that was another logistical nightmare for us. Getting [students] trained and getting them through without putting them together.

The CFD has no immediate plans to relax current COVID-19 protocols.

“I hope it’s not here to stay, but probably some of the protocols are going to be here for a while.”

For Tim Flisk, a Chicago native and CPD officer, the only changes in police calls have been what the callers care about, specifically about people not wearing masks.

“It’s a surreal experience,” he said. “There are more quality of life calls for police service than [I’ve] seen before.”

“People not being outside; that got to have an effect,” said Flisk. “It went from a very active area to a place that’s slightly depressing to work in.”

Despite new protocols and safety measures, 425 Chicago firefighters, along with 950 CPD officers had tested positive for COVID-19 by October 2020, according to a story by neighborhood news site Block Club Chicago. A portion of CPD positivity rates were attributed in part to an alleged hesitation by some officers to follow PPE procedures.

Vaccines have been made available to all Chicago Fire Department personnel, but have not been made mandatory. Hudson also said firefighters have been hesitant to receive the vaccine.

“It’s not something that we can mandate at this time,” said Hudson. “The people that I believe don’t take it for religious reasons; pretty much that’s the status quo. But I have seen some people that have not taken it because of their political views or [were] just misinformed by information on social and things like that.”

“If one the [trainees] or a couple of them became positive for COVID-19 we would have to shut down for two weeks,” Hudson said.

“You try to be aware,” Flisk said. “The police can’t ever say we’re not coming.

The same holds true for other first responders -- they can’t disappear due to a pandemic.

“We have no options. The city depends on us. We’re first,” Griffin said. 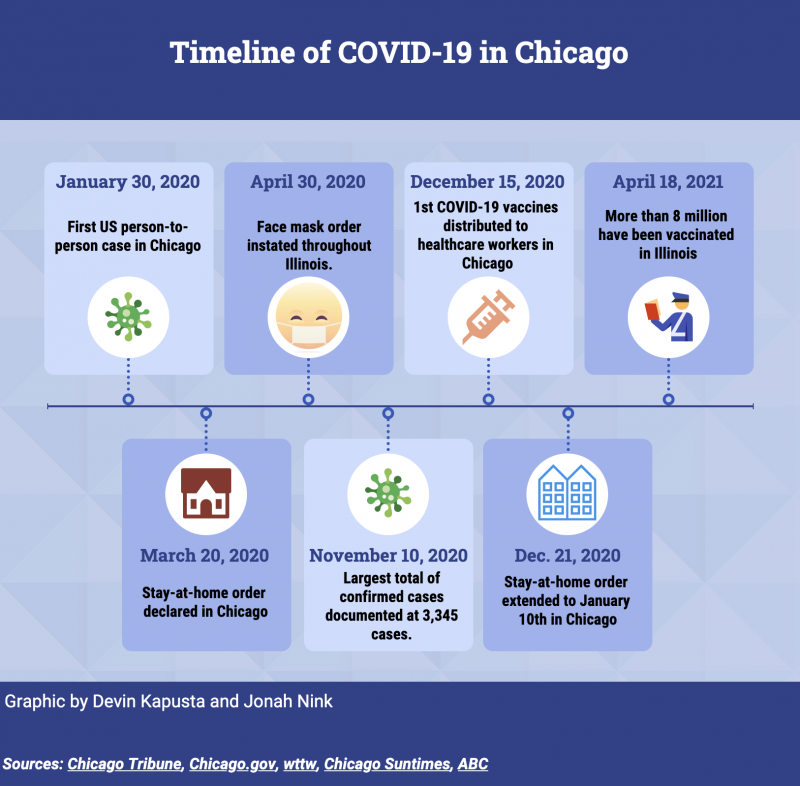