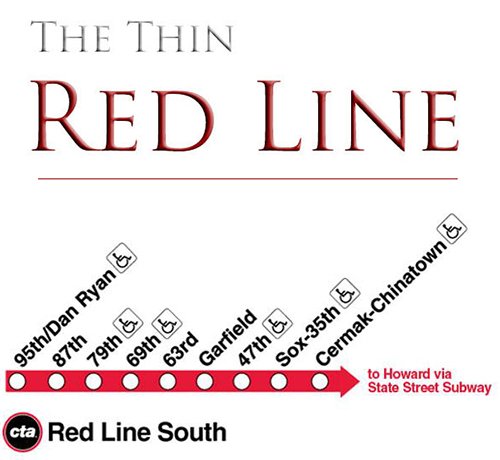 The Red Line South Branch connects thousands of Chicagoans to their jobs, school and other activities in the city. But starting May 19, that connection will be cut off for at least five months as the CTA rebuilds tracks on the line to improve speed in several "slow zones" along the nine South Branch stops.

Despite shuttle buses and increased Green Line service, many South Side commuters say the shutdown will have a major impact on their plans. And some business owners along the Red Line stops are bracing for a financial hit.

The Red Line Project interviewed several South Siders to learn about their concerns about the shutdown and how they plan to deal with it.

Stephanie Hart (left), owner of the Brown Sugar Bakery, is one of many small business owners along 75th Street who think the Red Line South closure will have a big impact on the number of customers. 75th Street underwent construction in 2009 as well.

The Green Line has undergone several upgrades, including security cameras, to handle the extra load during the Red Line closure. Still, some University of Chicago students say they're hesitant to take the Green Line because of safety reasons.

The closure has some Bronzeville residents scrambling to adjust their commutes. But others are taking advantage of the construction jobs the project has created.

The White Sox have benefited from having a Red Line stop nearby. But what will the team, which has struggled with attendance the last few years, do when their fans have to drive or take a bus to the game?

Some riders are getting creative with their commutes. Crime and commute time trouble some riders. And others see the project's long-term benefits.

Social media have been buzzing since the announcement of the closure came last spring. See what the CTA, its riders and others have been saying about the major construction project.