By Victoria Gonzalez and Kate Perschke | 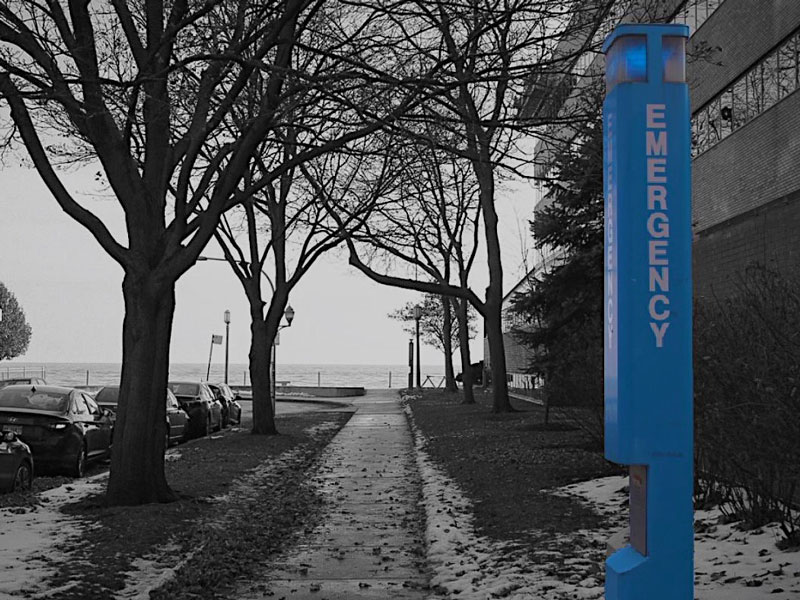 On June 27, 17-year-old Quintin Brown was shot and killed in the Rogers Park neighborhood. He was murdered on a Thursday afternoon when he was standing near the 6900 block of North Glenwood Avenue.

Earlier that day, a 33-year-old unnamed man was shot during an attempted robbery on the 2800 block of West Devon Avenue. The victim was later admitted to Saint Francis Hospital in Evanston and was in stable condition. The gunman remained at-large and was not identified.

A rise in violent crime has brought Rogers Park back to the forefront of the larger conversation about Chicago gun violence, although recent data released by the Chicago Police Department suggests that crime has been down in that neighborhood.

But according to the FBI's Uniform Crime Reports, which was analyzed by Area Vibes (an independent neighborhood ratings site), Rogers Park’s overall crime rate is 22% higher than the national average, and residents have a 1 in 30 chance of being a victim of property, violent or other crimes.

“Twenty-two percent seems like a lot but I really don't feel like crime is decreasing in the area, I just feel like its very steady, it's not more serious and it's not getting worse, but it is sort of plateauing I would say,” said Margaret Malinowski, a resident of the Rogers Park area.

William Patrick McCarty,  University of Illinois at Chicago professor of Criminal Law and Justice, wasn't surprised by the numbers from the FBI.

“It doesn’t shock me that Rogers Park [has] rates higher than the national average, because when you think about it there are a lot more smaller places than bigger places, so while Rogers Park is 22% higher than the [national] average, overall that is skewed because there are so many small place with minuscule rates of crime,” he said,

McCarty said the data shouldn't imply that Rogers Park is dangerous, adding that the numbers are skewed because of concentration of people when discussing the national average of crime.

“I never want to minimize the effect of crime because still there’s [hundreds of] murders in Chicago, for example, every year and that’s a tremendous loss of life,” he said.

The 2018 serial killings of Douglas Watts, 73, and Elliyahu Moscowitz, 24, shook Chicago and the Rogers Park community. One year later, "The Rogers Park Killer," dubbed by the media, is still at large.

The communities of Rogers Park and West Rogers Park are often regarded as a hub of a unique blend of cultures. Home to Loyola University Chicago, Rogers Park attracts young, college students. Devon Avenue offers a beautiful array of Indian and Pakistani cuisine. West Rogers Park is home to a majority of the city’s Orthodox Jewish community.

Amy Hernandez is a former employee of the Bernard Horwich Jewish Community Center located at the intersection of Touhy Avenue and Pratt Avenue in West Rogers Park. She said there are strong ties within the community.

“There was a feeling of safety in the community that I worked, it was a close-knit area and the families all knew each other,” Hernandez said.

She also said she never felt unsafe, but would take the necessary precautions of “[making] sure my car was locked and [letting] someone know when I was on my way home or on my way to my car so they would know if something happened.”

Madison Savedra, a reporter who covers the crime beat for Loyola’s student paper, the Loyola Phoenix, said students on her campus have mixed feelings about safety.

“As far as students, it comes in waves,” she said. “If there is a serious crime off campus then everyone gets a little weary or on edge about safety. Last October, a lot of students said they were scared about walking around the neighborhood because of the shooting that happened in the middle of the day.”

Some students and residents say they need to take extra precautions.

“I have a policy of going places in pairs, staying on streets that are pretty well lit, I have a bunch of roommates so I try to employ the buddy system and travel together with them,” Savedra said. “Around the time of the Rogers Park killer, there was a Facebook group created called Roam RoPo to promote students traveling together.”

The headlines and news reports regarding “The Rogers Park Killer” are reflected in a Google Trends analysis of search data. The data show that Chicago residents were vigilant and interested in what was going on with the case, searching the term frequently on Google and more so on days that the case made headlines.

The Facebook group, Roam RoPo, short for Rogers Park, is one of the many efforts made by Loyola students and the university to promote personal safety. The university provides many safety services, with programs such as a late-night bus ride akin to Uber and a safety walk program that lets students call for company on the walk home. The most prominent of campus safety features is the Blue Light System.

Blue emergency call systems act as a beacon of safety for Loyola students, providing a direct intercom to Campus Safety police. The blue lights shine throughout campus, from the lake to the Red Line Loyola stop, to the library and in front of the residence halls.

Savedra said campus safety "are transparent" about the crime and danger on campus and provide resources for students.

"But in the past the Phoenix has reported on where they can improve,” Savedra said.

Some residents say they don’t see the need to take extra steps because the statistics and headlines are all too familiar. But they are noticing small things changing in their community.

“I haven't felt the need to, I mean when an area has had those stats for a significant period of time there's just a way that it functions right?” Malinowski said. “But there have been things that have changed, a security camera was put up on my street for no specific or current reason, meaning no serious crime has taken place right there in that spot, but it was still put up.

“The people who used to sell fruit outside of my apartment have been moved, it was a small fruit stand run by two people who I'm sure had a license, and they were moved after a period of time for no apparent reason. There hasn’t been an increase in police activity, but there have been more subtle things like that happening.”

With crime and violence in the neighborhood, some residents say they think more needs to be done because what is currently being implemented is not addressing the important issues.

“There's a cop that sits outside the elementary school, right across the street from the train station,” Malinowski said. “They focus far more on the El than they do on the elementary school, and that's pretty much a good look at what's happening in my area. It's definitely a concern of things that are much more bureaucratic, like fare hopping, rather than watching out for elementary school students.”