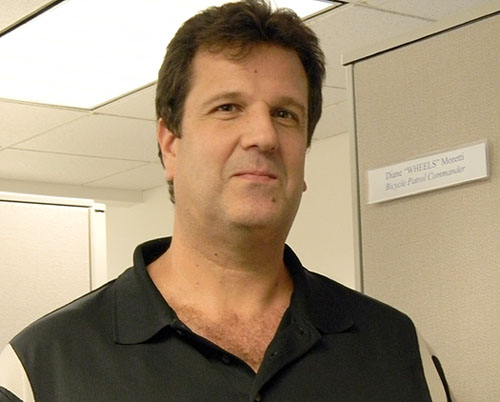 After watching CNN’s coverage of the attacks, Wachowski said that local law enforcement implemented the university’s decision to fully close the Loop Campus, located among the tall buildings in the city’s South Loop.

“The Loop Campus [was important] because it is a high-rise,” he said. “There were no public address systems installed at the time, which meant we had to evacuate floor-by-floor. We worked closely with local authorities to [complete the] evacuations.”

The Lincoln Park and Loop campuses were evacuated by 10 a.m., once authorities determined the attacks were the work of terrorists. Some parts of campus, such as the dormitories, remained open.

“The resident halls at Lincoln Park remained open because out-of-town students had nowhere to go,” Wachowski said. “A mobilized support system for the DePaul community was housed in the Student Center at Lincoln Park.”

According to a September 2001 DePaulia article, students gathered at the Stuart Center on the Lincoln Park campus to watch the events unfold on CNN.

When the campuses were evacuated, counselors from University Ministry organized nearby to offer support for students. Some students had trouble calling family with the high volume of cellphone calls in the city, the article said.

Day and evening classes on both campuses were canceled. In addition, DePaul’s NASA conference for educators, scheduled for Sept. 12 to 14 at the Union League Club, was canceled because of safety and air travel being suspended. Three-hundred scientists and science educators were expected to attend.

Prayer services were held on campus on 9/11 and memorial services on following days.

As the 10th anniversary of 9/11 approaches, Wachowski stressed how the university and community improved security after the attacks.

“As first responders, we are trained to handle any credible threat,” Wachowski said. “Public Safety [has] always maintained excellent relations with law enforcement. Today, we work closely with the FBI and Homeland Security.”

According to Wachowski, every building is equipped with emergency speakers and everyone can register to receive emergency alerts via text and voice messages. -- Rima Thompson