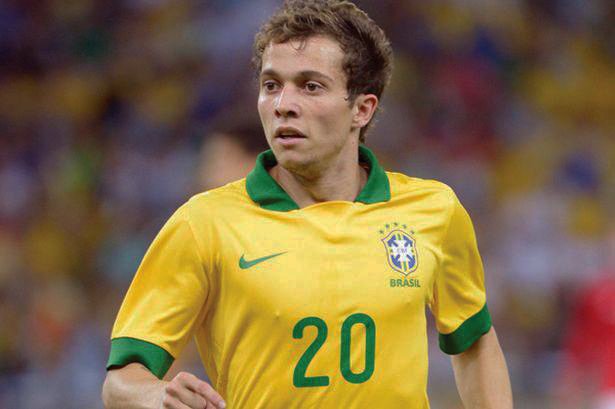 World Cup Teams to Watch: Brazil Gets the Edge

Soccer fans around the world are preparing for one of the greatest spectacles in all of sports – World Cup 2014. Whether you watch soccer every chance you get or just when it is convenient, here are five teams that DePaul men’s soccer coach Craig Blazer thinks you should be keeping an eye on.

The Favorite: Brazil
Brazil has the home-field advantage. Not to mention, versus an incredibly similar field in last year’s Confederations Cup, the Brazilians showed just how dominant they could be. Brazil defeated then No. 1 Spain, 3-0. Currently, the No. 4-ranked team in the world has no shortage of young playmakers in the midfield.

Midfielders Willian Borges da Silva (25, Chelsea), Oscar dos Santos Emboaba Junior (22, Chelsea) and Bernard Anicio Caldeira Duarte (21, Shakhtar Donetsk) will all have crucial roles in getting the ball into the back of the net. Forwards Neymar da Silva Santos Junior (22, Barcelona), Givanildo Vieira de Souza (27, Zenit) and Hulk (27, Zenit) can change a match in a matter of seconds as they look to push the tempo and cause havoc on opposing back lines.

Brazil’s style of play is what gives them the edge over the Spaniards. The quick and strong Brazilians have instilled fear into Spain, as they have made it clear that they are no longer going to be bullied around by Spain’s possession-based style of play. Spain still could win the possession battle, but with Brazil having arguably the most threatening counter-attack in all of soccer, there may not be a close score line after all.

Blazer said Brazil can “adapt to the weather and atmosphere better than anyone else. [The Brazilians] have tons of talent and this is their best shot at capturing World Cup glory.”

The Upset Special: Honduras
U.S. fans, remember these guys? This was the team that knocked Mexico out of an automatic berth in CONCACAF qualifying, sending over 100,000 fans home angry and led to a firing of Mexico’s coach. The Hondurans are relentless and will give all they have for the full 90 minutes.

Led by coach Luis Fernando Suarez, Honduras is making its third World Cup appearance ever and second in the past two tournaments. Forwards Carlo Costly (31, Real Espana) and Jerry Bengston (27, New England Revolution) will force the issue up top and provide Honduras with its goal-scoring prowess. Between the sticks, goalkeeper and captain Noel Valladeras (37, Olimpia) will enter what will be his final chance to represent his country on a national stage.

Valladeras will look to keep the scoreboard operators bored as he tries to hold opponents to zeros.

Blazer on Honduras: “CONCACAF was an underrated league during qualifying stages. Honduras has the chance to make it into the round of 16, farther then it ever has, with a manageable group of France, Switzerland and Ecuador.”

Read profiles of all 32 teams competing on a global StoryMap. Disagree with these picks? Then vote in our poll.

The Most Dangerous: Belgium
Belgium has elevated itself on a global scale in the past four years. Having potentially the best goalkeeper in the tournament in Thibaut Courtois (22, Chelsea) and top central defenders in Vincent Kompany (28, Manchester City) and Jan Vertonghen (27, Tottenham), the Belgians have as good of a chance as anybody in holding opponents to clean sheets.

As for scoring goals, midfielders Eden Hazard (23, Chelsea) and Kevin De Bruyne (22, VfL Wolfsburg) will team up with striker Romelu Lukaku (23, Chelsea) to lead the team. Belgium's depth may be as good as anyone with only one player over the age of 30 (Daniel Van Buyten, 36, Bayern Munich), so keeping players fresh will be important for a team looking to reach a high mark in the tournament.

Blazer said Belgium has a “legit chance to make it to the final eight teams. They are a team that nobody wants to face as they can cause issues from any number of positions. They have as much talent as there is in this tournament.”

The Accident Waiting to Happen: England
England limped in to the World Cup and finds themselves as an overrated No. 11 team in the world. A tough group draw of Italy, Uruguay and Costa Rica will push the Three Lions to their limit.

The Brits do have firepower, however, with the likes of forward Wayne Rooney (28, Manchester United) and midfielders Steven Gerrard (34, Liverpool) and Jack Wilshere (22, Arsenal). Central defense will be the deciding factor as Gary Cahill (28, Chelsea), Phil Jagielka (31, Everton) and Phil Jones (22, Manchester United) will be tasked with keeping the opposing attackers at bay.

Speed on the outside could be their advantage as Alex Oxlade-Chamberlain (20, Arsenal) and Raheem Sterling (19, Liverpool) are two of the fastest players in this tournament and could wreck havoc on the opposition on the outside.

Blazer said England “doesn’t have the mentality to get results in Group Stage. If they do not score first, they collapse and cannot bounce back. Italy and Uruguay can have their way with England and keep them on their toes all match long.” 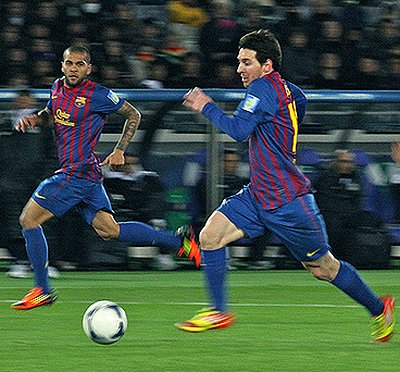 The Most to Prove: Argentina
Argentina fields its best team since it took home the World Cup in 1986 when soccer legend Diego Maradona was destroying the competition. Arguably one of the best scorers of all-time, striker Lionel Messi (26, Barcelona) will draw most of the attention, as he could be the best player in this tournament. Joining Messi up top will be forwards Sergio Aguero (26, Manchester City) and Gonzalo Higuain (26, Napoli). Midfielders Angel di Maria (26, Real Madrid) and Javier Mascherano (30, Barcelona) will look to keep the ball and string together passes to link up with their forwards for goals.

This team has all the potential, but will need to remain focused, as it hasn’t made the semifinals since 1990.

Blazer said Argentina “has the best player on the planet (Messi). A group draw of Bosnia and Herzegovina, Iran and Nigeria should see them through to the knockout stage. They need to turn it up a notch there, as many will be looking to take them out.”