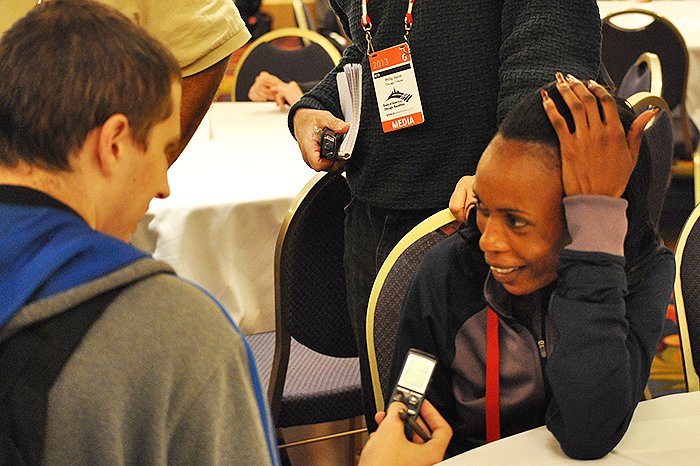 Elite runners will be keeping April’s tragedy at the Boston Marathon – two bombings that killed three spectators and left 264 people injured – in the back of their minds during Sunday’s race, but they say they won’t let it affect the way they run.

“You think about security when you start the race, but when you are in it… you are focusing on running the road,” 2011 Chicago Marathon winner Moses Mosop said. “I think everything’s going to be OK on Sunday.”

Chicago has fine-tuned its security for Sunday, with thousands of undercover cops and 22,000 cameras monitoring the route. The athletes themselves can’t use their own backpacks: they must use the clear plastic bags issued by race organizers.

Even with the increased crowd control, some runners still are a little anxious about what might happen. Among them is Kenya's Rita Jeptoo, who won the 2013 Boston Marathon women's division shortly before the terrorist attacks began.

“Yeah, I’m worried,” said Jeptoo, who finished second in last year's Chicago Marathon women's division. “You are thinking maybe if you finish again it’ll start bombing. But I think everything is OK.”

Defending women's wheelchair champion Tatyana McFadden said she isn't "worried about anything going on on Sunday.”

“I think that security has been great, they’ve been really helpful," she said. "They just want to make it safe for everybody.”

Fighting Illni: The University of Illinois is heavily represented in the marathon, counting elite racers like McFadden, Joshua George and Amanda McGrory as alumni. “We’ve always had a great tradition of University of Illinois athletes who have competed here and gone on to compete internationally,” executive race director Carey Pinkowski said. “It’s our hometown team against the internationals.”

Back-to-Back Races: Elite wheelchair runner Josh Cassidy participated in a 10-kilometer international race in Ottawa, Canada, just three days before the Chicago Marathon. “Some people chose not to do it,” Cassidy said. “It’s kind of a frame of mind, where you’re at. But for me I thought it was a good race as kind of a ramp up for Sunday.” 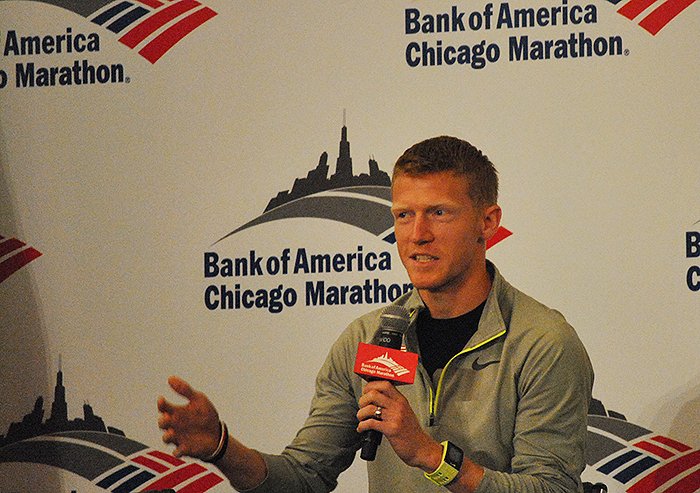